How do you pronounce Zapier? 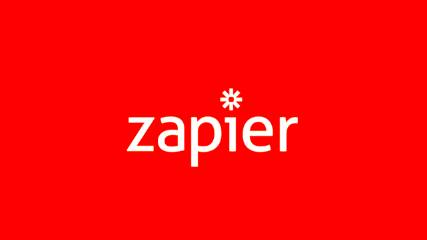 It's been a debate since it was founded - let's get the answer!

As explained in a tweet from Zapier themselves, the key to correctly saying 'Zapier' is to remember that it rhymes with 'happier'.

What is the origin of the name Zapier?

It doesn't seem quite right without two of the letter p - but hey, it's their name!

Still, when Wade Foster did an AMA on the Zapier Community forum, we made a point to ask.

To quote the answer:

We wanted API in the name since Zapier is built on APIs. We though Zaps were cool too. We found Zapier available for $9.99 and went for it. We couldn't afford Zappier.com at the time either.

How to succeed by automating content production and planning

In 2020, we saw just how helpful automation can be — particularly for small businesses. Automation tools can help fill in the gap when employees are separated. They can also enable rapid changes throughout your business model too.
read-more
Luhhu Labs
January 22, 2021

All the latest news, resources and tutorials for Zapier & Integromat
read-more
Zapier
January 22, 2021

Every month, we take a look at all the new apps added to Zapier
read-more