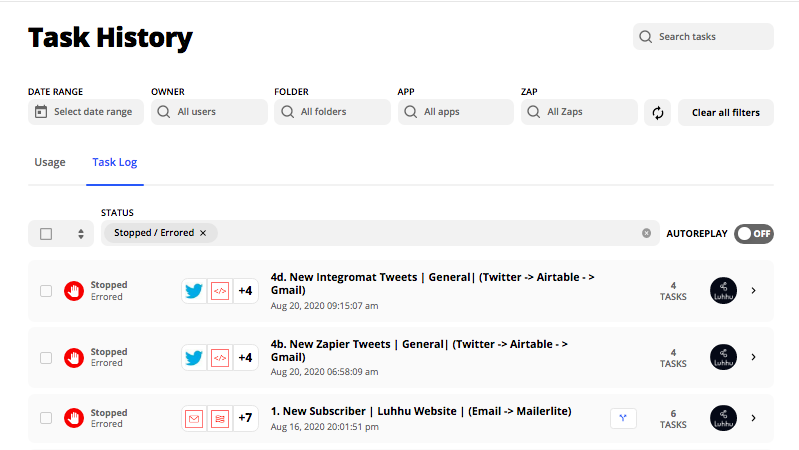 Every so often you'll get an error message back from Zapier saying something about a timeout. Let's look at what those errors mean.

It's one of several types of error you'll see when using Zapier.

To simplify the process slightly, when Zapier runs your zap, for each action step, it's sending data to another app. It does this by connecting to an app's API.

When a API receives data, it's designed to send a message back to the app that sent it data. That message will either be to say that everything is OK (and may also contain some other data), or to tell the sending app there was an error.

What a Zapier timeout error means.

When Zapier sends data to another app, it will wait for an OK/error response before moving on to the next step. But, it can't wait forever - actually it usually only waits for 30 seconds. If after that time, it's not received any response from the app's API, it assumes there has been a problem and sends you an error message.

We said usually because there are some caveats. Any code steps you add will only wait 10 seconds before timing out, and some apps have APIs that enforce shorter cutoff times for their responses.

You'll see this type of error most regularly with Google. The error will read something like this:

What causes a Zapier timeout error

99% of the time, it's caused by temporary downtime at the app Zapier is connecting to. Or if the API is receiving too much data from other apps.

How to fix a Zapier timeout error

You'll want to check manually, because if it's the latter of the above options, you might not want to do anything.

If not, you can replay the zap via the task history:

Or, for a more automated solution, check out Zapier's auto-replay feature.