How I used Zapier to automate merch customisation 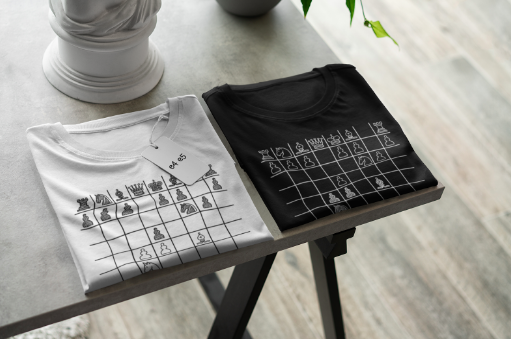 I run an ecommerce business. Unfortunately for sellers, fulfillment of customised products can be a huge time sink. Zapier can help.

You only need to look as far as all the Redbubble shops selling personalised dog name mugs and custom zodiac sign shirts to realise that not only are these types of items successful; they often command a premium in pricing. There’s something instinctively and immediately appealing to customers about the opportunity to put some aspect of yourself into a product, to imbue it with your personality.

However, logistically speaking, this sort of business is a challenge. Let’s take the ever-popular dog t-shirt as an example. The customer uploads a photo of Lassie, and the seller takes it and cuts out the outline by hand to remove the background. Then, the edited photo is uploaded to a print-on-demand service, which prints it on a t-shirt and ships it to the client. Presto bingo, your pupper is on a shirt.

Now, the instant this item becomes a success, the seller is either committing themselves to 8 hour days of dog-picture-cutting, or increasing their expenditures by hiring an army of dog-picture-cutters. This manual work becomes an intrinsic part of the scaling cost of the business, and even worse, it happens on the critical path of order fulfilment which can mean delays for the customer in times of high demand.

I recently launched a custom chess apparel store, e4e5.shop, where you can design your own chess shirt. The premise is that you can take any chess position you want and put it on a T-shirt, mug, hoodie, etc. Anyone who plays chess has a go-to opening or two, and I thought this would be a great way to allow chess players to express their individuality. Imagine showing up to a tournament with a shirt telegraphing your moves, or the mind games you could play!

Since this was a side hustle, I knew I needed to ensure that these shirts could be created completely automatically, without the need for my manually doing image editing. I didn’t want to spend my evenings and weekends in Photoshop moving chess pieces around. So I looked toward workflow automation using Zapier, and discovered that I could automate the whole end-to-end process. And what’s more, it could be accomplished with a relative minimum of code.

Here’s how it works

When a shopper on e4e5 purchases a custom chess position shirt, I attach a corresponding FEN to the order. FEN is short for “Forsyth-Edwards notation”, and it’s a way to record chess positions using letters and numbers (e.g. “rnbqkbnr/pppppppp/8/8/8/8/PPPPPPPP/RNBQKBNR”, where each letter represents a piece, and each number shows empty squares.) I then take this FEN and send it to Zapier.

My Zapier workflow has several steps:

Note: Each of these steps works on orders of multiple items as well; using Zapier’s “line items” feature, it’s possible to operate on more than one item in parallel.

Without automation, all of these steps would require manual intervention, and in most stores selling customised products, this causes a bottleneck in order fulfilment. However, for the upfront cost of configuring this Zapier workflow, my store now fulfils all of its orders completely automatically, drastically decreasing the time and money that I spend and increasing scalability. Nowadays, I check in on the orders only once every day or two just to make sure everything is running smoothly.

It would be impossible to run this kind of business singlehandedly without the power of tools such as Zapier. If you’re an engineer, it would be possible to build these workflows from scratch yourself, but so much of the heavy lifting has been done that it just makes sense to leverage existing tools and not try to reinvent the wheel.

When we think about business automation, what often comes to mind is ad campaigns or email marketing. However, it can be immensely powerful in the order fulfilment path too. Any process with repetitive tasks or busywork that can be broken down into small steps should be considered a prime candidate for automation.

Jeffrey Sun is a software engineer from Fremont, California and the creator of the custom chess shirt store e4e5.shop. When he’s not coding for work or fun, he enjoys playing jazz piano and snowboarding, usually not at the same time. His favorite beverage is water, and his favourite T-shirt is the Bella + Canvas 3091 Men’s Heavyweight Crew Tee.