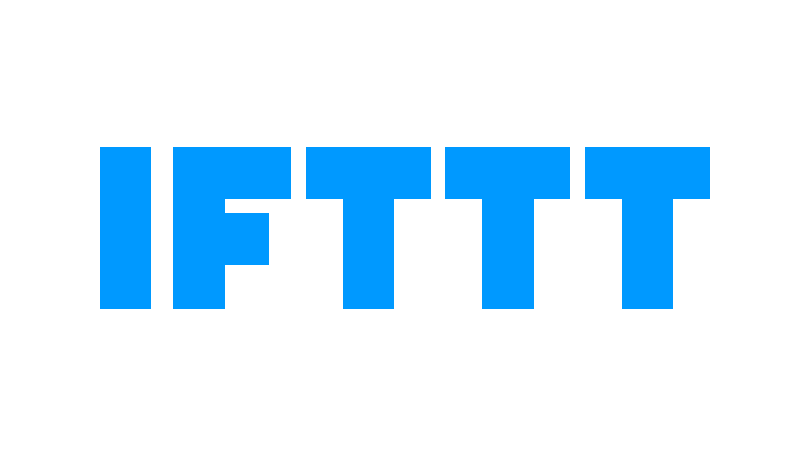 IFTTT was one of the first tools to popularise the concept of app automation. Today it's still relevant despite competition from other tools.

If you've ever dabbled in automation, you've probably heard of IFTTT. Basically, it was the first platform that really developed around the concept. Other tools like Zapier and Integromat have surpassed it in popularity - particularly for businesses - consumer users, particularly those with an interest in smart home automation still make great use of it.

In this post, we'll cover everything you need to know about IFTTT, from how much it costs to how to find an applet that works for you.

Let's start with the basics.

IFTTT — short for "If This, Then That" — is a multi-platform app for simple automations. Like most automation services, IFTTT integrates various apps and devices, allowing you to link up the apps you already know and love.

Rising in popularity over the last five years, IFTTT's strong suit is its mainstream appeal. It has a very small learning curve — enabling anyone to sign up and start automating immediately. This is one of the reasons why IFTTT is more popular among consumers than it is with businesses.

The name "If This, Then That" comes from a fundamental flow in logic.

This kind of logic can be found in programming, engineering, and, yes, automation. Giving the app this name not only hints at what IFTTT does, but also how it works.

What can you automate with IFTTT?

IFTTT is great for automations that only have a few steps. As the name implies, two-step workflows are most common on the app; when something happens, something else jumps into action elsewhere. The service is also integrated with more than 650 different brands, so you can connect most mainstream apps and services.

An area of strength for IFTTT is its ability to connect to smart devices, such as bulbs, locks, and smart speakers. And, because of this, IFTTT has become the go-to automation platform for smart home owners — offering robust results, without getting too technical.

That's not to say that IFTTT doesn't allow for more intricate, business-oriented automations though. Like other automation tools, it offers a blank canvas with plenty of possibilities.

That said, you could use IFTTT for years and never make your own applet. How? Simply draw upon the wide selection of pre-built applets, both from IFTTT itself and from other users too.

Is using pre-made applets the right way to go?

Nothing’s perfect — pre-built applets included. And there’s a few drawbacks to keep in mind, especially if you're using IFTTT for work. Firstly, your options will be limited by what you're able to find. Second, you'll have a hard time learning how the platform works.

Generally speaking, it's good to use pre-made applets in the beginning to jumpstart your IFTTT journey. But you shouldn't become reliant on them if you want to get the most out of IFTTT.

What's the history of IFTTT?

IFTTT launched in 2010 with a blog post announcement from Linden Tibbets, co-founder of the (then) startup. It took almost a year from that announcement for the platform to officially launch. And once it did, things started to move pretty quickly indeed.

Within the first eight months, users had already created more than one million tasks within IFTTT. A few months after that, IFTTT started to integrate with IoT devices (smart bulbs, thermostats, etc.), helping the platform reach an even bigger audience.

By 2014, IFTTT was worth $170 million. Its success only continued as it expanded to other platforms (notably, it received iPhone and Android apps) and incorporated an increasing number of other apps, products and services.

How does IFTTT compare to Zapier and Integromat?

Automation pros typically think of platforms like Zapier and Integromat before they think of IFTTT. That's because those services have a more enterprise-oriented approach. They focus on connecting to apps like Slack, Airtable, Trello, and Google Sheets.

However, IFTTT also connects to these services and can be powerful for businesses as well. So if all three of these platforms can work for corporate entities and individuals, what's the real difference between them?

While the automation capabilities of these platforms are similar, it's the other features that make Zapier and Integromat more enterprise-friendly:

It's for these reasons that we consider IFTTT to be a lean automation platform. The automation aspect is robust, sure. But the additional features are a bit spare for some companies' needs.

How much does IFTTT cost?

IFTTT has two pricing tiers: one for those that want to build automations and another for companies that want their app/product included in the IFTTT applet list.

For the former, IFTTT starts free and can remain free forever. However, users are limited to just three applets. By paying $4/month, users can create unlimited applets, use more advanced logic and access customer support.

For the latter type of users, plans for IFTTT are separated by roles and responsibilities. The Developer plan, for instance, is geared towards developers. It's $200/year and offers deeper access to things like APIs, forums, dashboards and so on.

The Team plan is intended for SMEs and startups. The pricing is variable; each user gets a unique rate based on their needs. As your team's needs grow, so too will your annual rate.

Lastly, the Enterprise plan is intended for large-scale corporations. Again, the pricing is variable and will depend on what your company requires. The larger your company, the more you need from IFTTT, the higher your annual rate will be.

Are there any IFTTT tutorials?

Of course! There are hundreds of IFTTT tutorials for all sorts of skill levels and needs, and in all types of formats: videos, blogs, and guides— you name it. When you use a platform as popular as IFTTT, there’s an endless supply of resources dedicated to it.

Better still, the hands-on knowledge you gain from IFTTT can make platforms like Zapier and Integromat more approachable. Or, you can simply become a bona fide IFTTT expert instead.

Can I hire an IFTTT expert?

But what if you don't have time to become an IFTTT expert? It can be a long road, after all. There are endless rabbit holes of information everywhere. And with each tutorial you read, things could just get more confusing.

Fortunately, there are people who make it their professional ambition to ace IFTTT! We have some on our staff here at Luhhu. IFTTT pro experts are techies that have been using platforms like IFTTT for years. They've encountered every bug, error and question already — so you don't have to cross these hurdles on your own.