A quick guide to Zapier alternatives 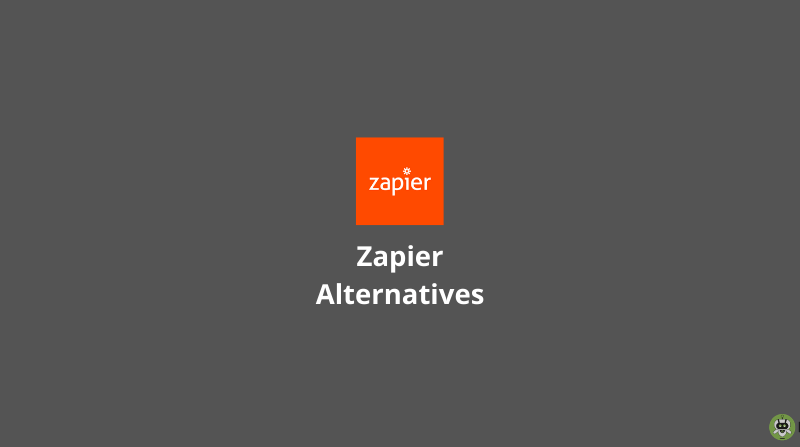 Alongside Zapier there are a growing number of other automation tools on the market these days. Let's take a look at the options.

Zapier is easily the most popular, and certainly one of the best, automation platforms on the web.

But it's not the only one.

In this post, we'll cover nine of the top Zapier alternatives (both free and paid-for) to try in 2020 and beyond. In this list, you'll find accessible, niche, and parallel alternatives so that you can identify the option that best suits your needs.

Let's get into it!

First up is Make, the most popular Zapier alternative. What makes Make great is its simple interface, feature-rich free plan, and scheduling tools. On the other hand, Make's customer service isn’t quite as robust as Zapier’s, and it only supports 500+ apps — compared to Zapier's 2,500+.

You can read more about Integromat in our head-to-head Zapier comparison.

Parabola.io is a more niche version of Zapier, centred around eCommerce and marketing. It focuses on these use cases by importing tables of data rather than working off of triggers and inputs. Like Integromat, it has a super simple, text-based interface, so you (and anyone on your team) can instantly understand what your workflows are built to do.

Want to know more? Check out our in-depth Parabola guide.

If there's one automation service that comes close to Zapier in terms of name recognition, it's IFTTT. One of the first tools on the automation scene, it grew popular thanks to its beautiful simplicity and interesting array of integrations - especially in the IoT and smart device categories. Everything works with IFTTT, and it's all easy to use.

The flip side of this coin? IFTTT used to be free, but now charge $3.99 per month for having more than 3 automations - known as applets - setup. It's slipping behind other tools in terms of the breadth of apps covered, so it's best suited to smaller teams or individuals with basic needs.

Want to know more? Check out our in-depth IFTTT guide.

When it comes to free Zapier alternatives, n8n is the best. It's a self-hosted, fair code application (they also have a cloud version), which means anyone can download and modify it to their heart's content. n8n's interface is built around nodes, and involves placing visual elements on a grid and "wiring" them together. This gives you the ease that comes with drag-and-drop, with more complexity than other platforms.

If n8n is the free, slightly more complex alternative to Zapier, then Automate.io is the budget-friendly option. On the surface, it is very similar to Zapier. The workflows work the same, it offers most of the same big-name apps as Zapier, and the most common use cases are covered (marketing, social media, email automation, etc.). You get a little bit less than with Zapier, but you pay a lot less for it, so the trade-off will depend on your needs.

Workato comes in at the opposite end of the spectrum. Rather than being a lite version of Zapier, it's the heaviest-duty alternative available. With monthly prices that come in three figures, this platform is intended to be used by corporations and large teams. It works much the same way as Zapier but with an added focus on compatibility and sharing across departments (i.e., IT, development, Human Resources, etc.).

In terms of sheer complexity and numbers, Tray.io might be the best option on the market. It can integrate 4,500 apps — twice as many as Zapier — and it offers far more levels of depth, too. However, all of this comes at a very steep price: Tray.io users can expect to pay at least $500/month for the service. As such, this is a platform geared towards enterprise users.

For most users, PieSync probably won't be a true Zapier alternative, but rather a Zapier partner. PieSync is an automation tool used to sync data across apps, services, and cloud files from just about every app you could ask for. This essentially automates 99% of your data entry and accomplishes a task that not even Zapier can do on its own — importing old data.

Click here to read more about PieSync and other data-syncing services for Zapier.

Pleexy may not have the same range of supported apps as Zapier does but that's because it was specially designed for a more specific purpose — to automate personal task management. With Pleexy, you can sync your tasks between your preferred to-do app and the most popular task sources like Trello, Evernote, Outlook, Asana, and more. Unlike Zapier, each integration is treated as a two-way connection by default which makes for a super simple, set-and-forget configuration. There's no need to manually design multiple if-then workflows to set up an integration.

Integrately’s main focus is to provide its users with ready-to-use ‘1 click’ automations, so there is minimal effort in building the integrations. It is one of the most affordable alternatives of Zapier. Aimed at helping even the most non-technical people in automating their workflows, it has a ‘zero’ learning curve and the UX is extremely user- friendly. Most importantly, understanding your record history is easy because it's shown like a form and not in JSON. This makes it easy to understand what went wrong, when an error occurs.

Exalate comes in slightly different from Zapier in the sense that it is an integration solution with a niche focus on two-way synchronization for task management systems. It is the only solution on the market that is built specifically for complex collaboration use cases between teams and across different companies using platforms such as SalesForce, ServiceNow, Jira, Zendesk, Azure DevOps, and more. Exalate allows you to connect these systems seamlessly in a two-way sync with a no-code mode option.

Pricing is inclusive for all kinds of team sizes, from a free plan for small teams to custom pricing for enterprise teams.