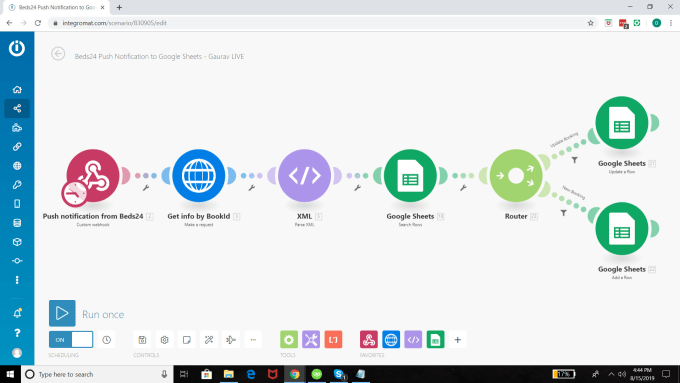 While Zapier has been around longer and integrates with more apps in total, Make is a fast-growing alternative that is gaining popularity.

If you've just started looking at using an automation tool in your business, or you're a Zapier user considering a switch to Make, let's outline the details you need to know.

What is Make (Integromat)?

Make is a business automation tool. Describing itself as the "glue of the internet", it's a way of connecting different apps together so they can pass data between each other.

You pick a trigger for your automation. This is when something happens in the app you're connecting to. You then add one or more search, action or filter steps. These along with various built-in Make functions allow you to do stuff with the data you get from the trigger app and make stuff happen in other apps.

As a simple example, when you get a new order in Shopify, Make can create an invoice in Xero and then send a Gmail confirmation to the customer.

What are the benefits of using a tool like Make (Integromat)?

Using an automation platform like Make has three core benefits for your business:

How much does Make (Integromat) cost compared to Zapier?

What features does Make (Integromat) have that Zapier doesn't?

Make integrates with hundreds of apps, whereas Zapier integrates with over 2,000. That said, almost all 'major' apps are covered, and there are options too add apps that aren't.

Make's advantages over Zapier  include:

Is Make (Integromat) easier to use than Zapier?

One of the biggest differences between Zapier and Make is the visual editor. Make's automation building UI is drag-and-drop based - unlike Zapier - which some people find easier to use. You build your automation flows by adding, arranging and connecting various steps.

One great thing about this - unlike Zapier - is that you can re-arrange steps easily, build multi-path flows and even duplicate and copy extra steps - something that makes maintaining complex automations much easier.

Want to dig deeper? Then check out these tutorials.

Looking for more alternatives? We've done a round up of the best, including n8n, an automation tool that's similar to Zapier and Make, but free to use.