When to pick Zapier over an app's built-in automation options 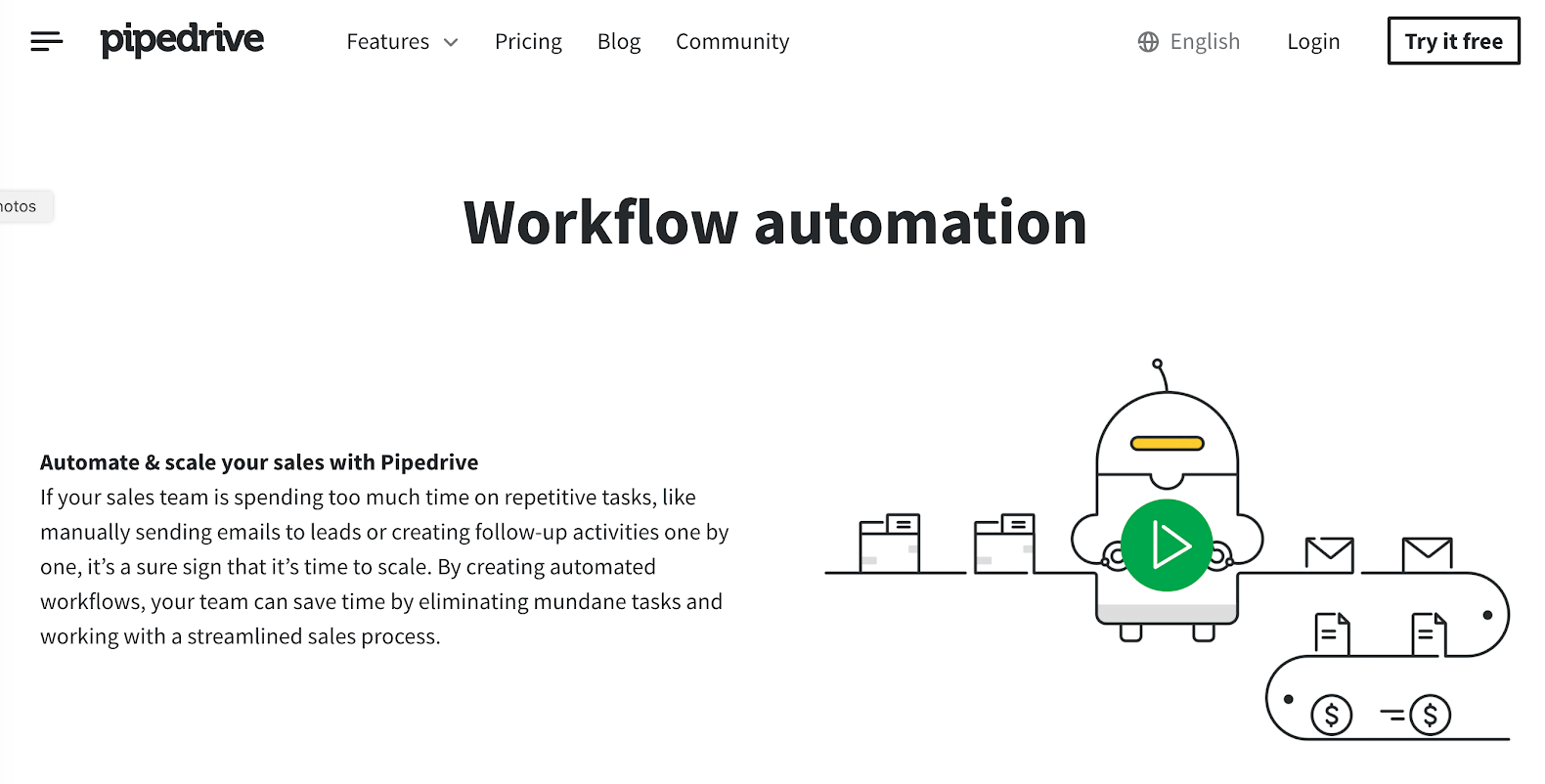 Many apps now have their own automation options to help you connect them with other apps. Let's take a look at what sets them apart from using automation tools like Zapier instead.

Automation. It's brought us the automobile, the smartphone, and the 99p cheeseburger — all great achievements in their own right. To break similar boundaries in our own work, embracing automation is a must.

But what types of automation should we choose?

Cloud-based automation has grown very popular over the last decade. And there’s now so many no-code workflow solutions, that it’s hard to know which is right for your company.

For most, the answer is Zapier — the king of online, cross-platform automation - or one of the growing number of alternatives. However, these tools aren't the right fit for everyone.

In this post, we'll help you navigate the world of automation; sorting out the differences between Zapier and the built-in automation services, and highlighting when you might want to use the automation features built into your favourite apps instead.

When to use built-in automations

Chances are, many of the apps in your workflow repertoire offer their own build-in automation features. Platforms such as Airtable, Slack and Pipedrive all make it easy to link in-app actions with external apps. And because these features are already present in the apps you use, they offer a simple (and usually free) alternative to bells-and-whistles tools like Zapier. The downside? They can often be underpowered for your organisation’s needs.

To help you decide if built-in automation is right for you, here are three scenarios where a built-in service might be preferred over Zapier.

When your workflow is simple

A platform like Zapier offers you everything. (Almost) any automation you can think of, you can most likely achieve. However, this can cause just as much stress as it does relief — Zapier has a steep learning curve, especially if you're new to logic flows and automation.

On the other hand, automated features in Slack, for example, usually only take one or two steps, often just involve flipping a switch or enabling an option, and tend to guide you towards some very specific workflows they know you're likely to need. What’s more, Zapier is by its nature a cross-platform solution, and sometimes you don't need that level of integration.

Essentially, if your needs are simple, then a simple solution will do.

When you're just starting out

As mentioned, Zapier has a pretty steep learning curve. If you're new to automation, it can be pretty difficult to accomplish even simple tasks, such as creating and sharing API keys.

Ever tried to create your own Zaps, or simply follow a Zapier tutorial, only to find that most of what you read went over your head? Then it's probably best to stick with your app's simpler, built-in automation features to start.

After all, you're less likely to run into errors when the app does most of the heavy lifting for you.

When you're already locked into a different ecosystem

Lastly, if you're already locked into an app's ecosystem of services and features, then trying to throw Zapier into the mix may just complicate things. The more apps you try to integrate with one another, the more room there is for error, the more time you'll spend updating things, and the more accounts you'll have to keep up with.

While Zapier is one of the most popular automation platforms, it's far from the only one. If you already have an automation solution that works for you, then it's probably best to stick with that platform for as long as you can.

When to use Zapier

When it comes to automation, Zapier is that tool — its richness makes it incredibly rewarding to master and a valuable asset for your organisation.

Below, we've listed three scenarios where you'll find Zapier is far more appropriate than the built-in options offered by other apps.

When you want unlimited versatility

We’ve said this before, but it bears repeating: you can more or less do anything when it comes to automation in Zapier. It integrates with more than 2,500 apps and more are added regularly. This means you're unlikely to use an app that Zapier doesn't support. And even if you do, there's a good chance it will be supported in the future.

Zapier has also created a flexible system that allows you to make each Zap your own. Whether you're following a tutorial or creating your own Zap, Zapier offers plenty of options to accomplish your goal.

When you need tutorials and community support

Unsurprisingly, Zapier is very widely used within many professional circles. So when you decide to jump into the deep end, you won't have to do it alone. There are communities and blogs dedicated to creating new Zaps and coming up with new inspirations.

Not to mention that having a supportive community means you'll usually be able to find a solution when you run into an error. This goes a long way in removing the obstacles and frustrations you're bound to run into when experimenting with automation.

When integration is a must

Last but not least, few other platforms — if any — offer the same breadth of integrations as Zapier. Even IFTTT, one of the more popular automation platforms, only offers 600+ integrations compared to Zapier's 2,000+. For those who need to connect everything to everything else, Zapier is the only choice.

How built-in automation stacks up against Zapier

While each of the scenarios covered above should help you make your decision between Zapier or built-in features, it's impossible to be completely comprehensive. Every use case and user is unique — and to make the most informed decision, you’ll need to directly compare Zapier with the built-in automation of your app of choice.

But don’t worry, we’re here to help, too. Below we'll explore how Zapier compares against three of the most popular SaaS apps and their built-in automation features: Slack, Airtable, and Pipedrive.

Among Slack's host of features is the Workflow Builder, a tool used to create automations within Slack. Although these automations are always executed within Slack, Slack can connect to over 2,200 different apps. Using Slack, you can automate things like time-off requests, taking team questions, and sending out daily reminders.

What you can't do with Slack's Workflow Builder, however, is perform any action that doesn't involve sending a message or a form. Additionally, the only triggers you can set with Slack are emoji reactions, new channel members, or someone activating the automation manually.

Zapier, on the other hand, offers eleven Slack triggers and fourteen Slack actions. If you just want simple messaging automation, then stick to Slack. If you want anything more, you'll have to use Zapier. And you can do this with a free Zapier account versus a paid Slack account.

Like Slack, Airtable's and there automation feature (which is very new) only offers two triggers: When a record enters a view and When a record is created. Airtable's actions are also somewhat lacking. It only offers six, of which just two integrate with other apps: Slack and Microsoft Teams. While this will cover the basics, it's a pretty thin selection.

Through Zapier, Airtable offers the same triggers but even fewer actions; you can only ask Airtable to do three things with Zapier - create, update or delete a record. However, you can also integrate Airtable with any of Zapier's 2,000 apps, which gives you many more options overall.

Between Slack, Airtable, and Pipedrive, the clear automation winner is Pipedrive. It has the most robust interface and features, offering six triggers and a multitude of actions.

The options listed should cover anything you would want to do in Pipedrive, so long as you don't plan on integrating with other apps. Unfortunately, Pipedrive doesn't offer a single integration with an outside service. If you want to combine it with another app or two (thousand), you'll need to bring Zapier into the equation.